We use cookies on our website. They help us get to know you a little and how you use our website. This helps us provide a more valuable and tailored experience for you and others.

You can revoke cookies at anytime at the bottom of the page.

Hugo Ceusters-SCMS Group and Devimo Consult have over 70 years’ combined experience in commercial property. They specialise in agency & consultancy, property management and valuation & advisory, with offices in cities including Antwerp, Ghent, Brussels and Hasselt. These activities are now bringing the Antwerp real estate specialist - still the largest independent manager of shopping centres in our country - to the Netherlands.

The group’s portfolio has already spread to the Netherlands in recent years and includes the management of an office building in Rotterdam and over 100 stand-alone retail units across the south of the Netherlands. That is why a brand-new operating base in Amsterdam is being established for the first time.

Services in Amsterdam will mainly focus on asset management in relation to commercial property. The Dutch team will be managed by Philippe Van den Broeck.

The company is also undergoing a full-blown makeover to coincide with the expansion to the Netherlands and will henceforth be known simply as ‘Ceusters’. The new name and logo and revamped colours are intended to emphasise the family firm’s continuity, proximity and respectability.

“The aim was to create an easily-recognised brand with a clear link to all the departments, ready for international expansion. ‘Ceusters’ exemplifies a single company, clarity and transparency. A new step in our growth and expansion, looking to the future, building on the past.” Ingrid Ceusters, CEO Ceusters

Ceusters was founded in early 2013 to optimise the existing company structure as a result of a merger between sister companies Immobiliën Hugo Ceusters NV and Shopping Center Management Services NV (SCMS). The group subsequently acquired its rival Devimo Consult in 2017. Ceusters now employs around 100 people and generated gross turnover of EUR 20 million in 2018.

For Ceusters, the rebranding is the next step in its growth abroad. After all, Ceusters has been a fixture in Belgium for a long time; it is using this opportunity to increase its international recognition as well. 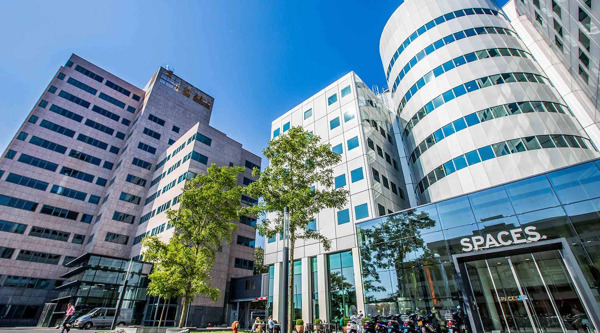 CEUSTERS was founded in early 2013 to optimise the existing company structure. This involves a merger of sister companies Immobiliën Hugo Ceusters NV and Shopping Center Management Services NV (SCMS) in order to guarantee optimal cooperation and information flow. In 2017, Devimo Consult, a member of the sector, was purchased. At group level, CEUSTERS employs approximately 100 people and generated gross sales of over 18 million euros in 2019.

CEUSTERS is a family-owned company whose independence is ensured. CEUSTERS works through three separate departments:

The head office of CEUSTERS is located in Antwerp. In addition, CEUSTERS also has offices in Brussels, Ghent, Hasselt and Amsterdam and operates throughout Belgium from six additional branches.